Paris Saint-Germain have tried almost everything in their quest for that elusive Champions League title, and their latest attempt is a former Portsmouth assistant.

Since following Alain Perrin to the south coast in 2005, Christophe Galtier has amassed a CV few French managers can match, and could further bolster it by taking on the job of delivering European glory. 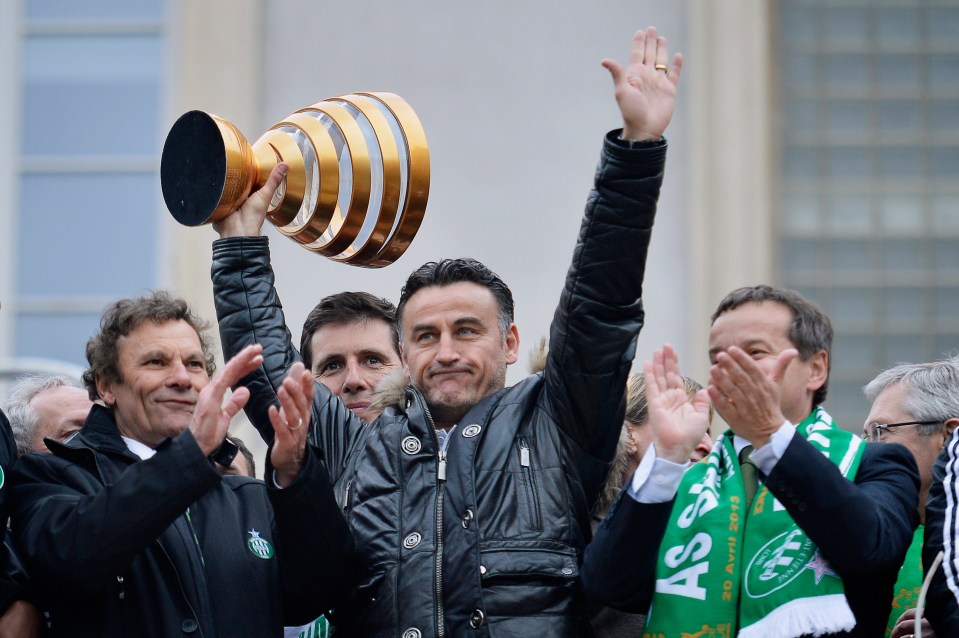 Replacing soon-to-be-departed Mauricio Pochettino, Nice boss Galtier is one of the many reasons the Argentine has failed in his role in Paris, having been beaten to the title by Lille in 2019/20.

Galtier led this team to the rare feat of toppling financial giants PSG, managing it with 36-year-old striker Burak Yilmaz as their star player, and a budget exclusively funded by sales and talent development.

Unable to repeat that last season, he still managed to lift Nice from ninth to fifth, going unbeaten against PSG in the league with a home win, and knocking them out of the Coupe de France.

And his success isn’t recent either, Galtier was named Ligue 1 Coach of the Year three times – a joint record – with Lille and Saint-Etienne in a division dominated by PSG.

For any other normal league or team, Galtier’s progression would see him as a clear choice for the big job, but not in the superstar city of Paris.

Billed as the most successful transfer window ever, last summer saw Lionel Messi, Sergio Ramos, Gini Wijnaldum and Gigi Donnarumma move to the French capital, one way or another the four world-class stars fell short of expectations. 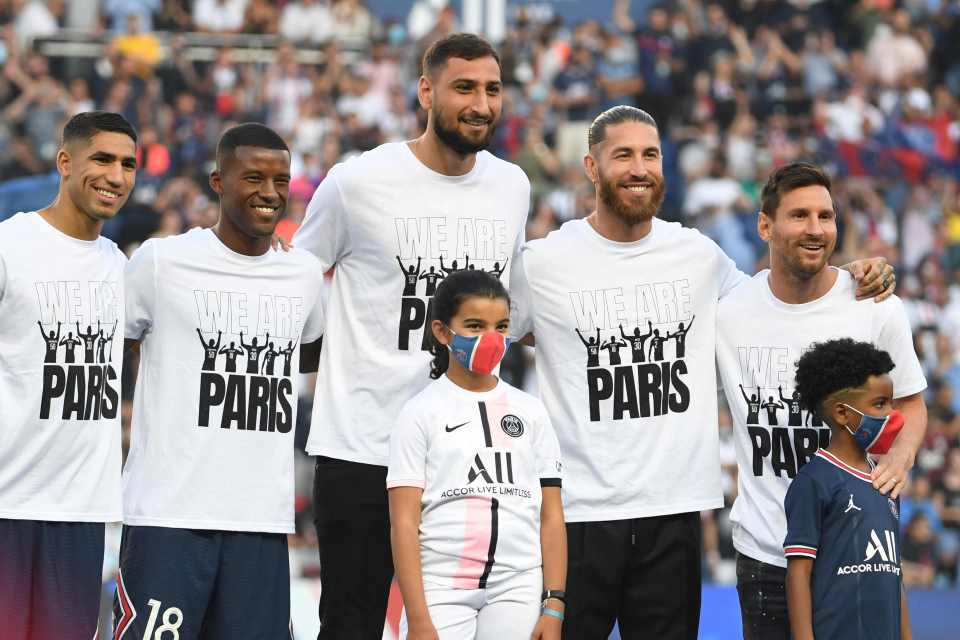 PSG’s historic summer turned out to be a disasterAFP

Grealish arrives in Vegas, Ox proposes, Ronaldo trains… and Crouchy has a blast 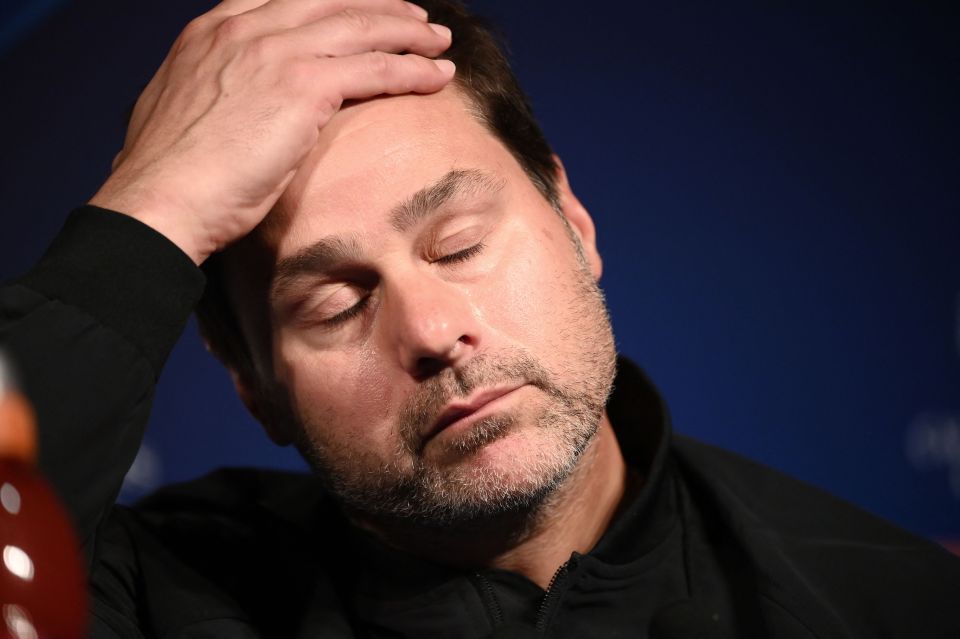 Pochettino hasn’t been deemed fit to handle star quality, and there’s doubt that Galtier has gravity too.

Former PSG and Premier League striker Nicolas Anelka said: “I think you need a star to be able to be respected and talk to the players.

“You have to have done things as a player and especially as a coach. If you arrive without any line on your CV it seems difficult to me. This is even more true for PSG where there are big stars.

“You need a guy who has already won the Champions League or who has done things to be able to gain respect. 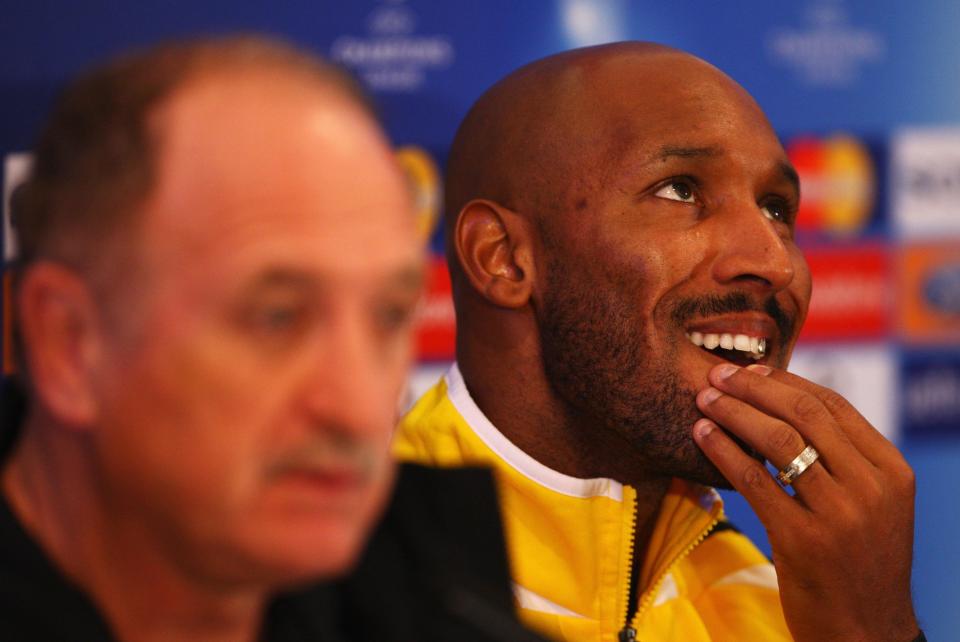 Anelka is sure the job needs a proven winner 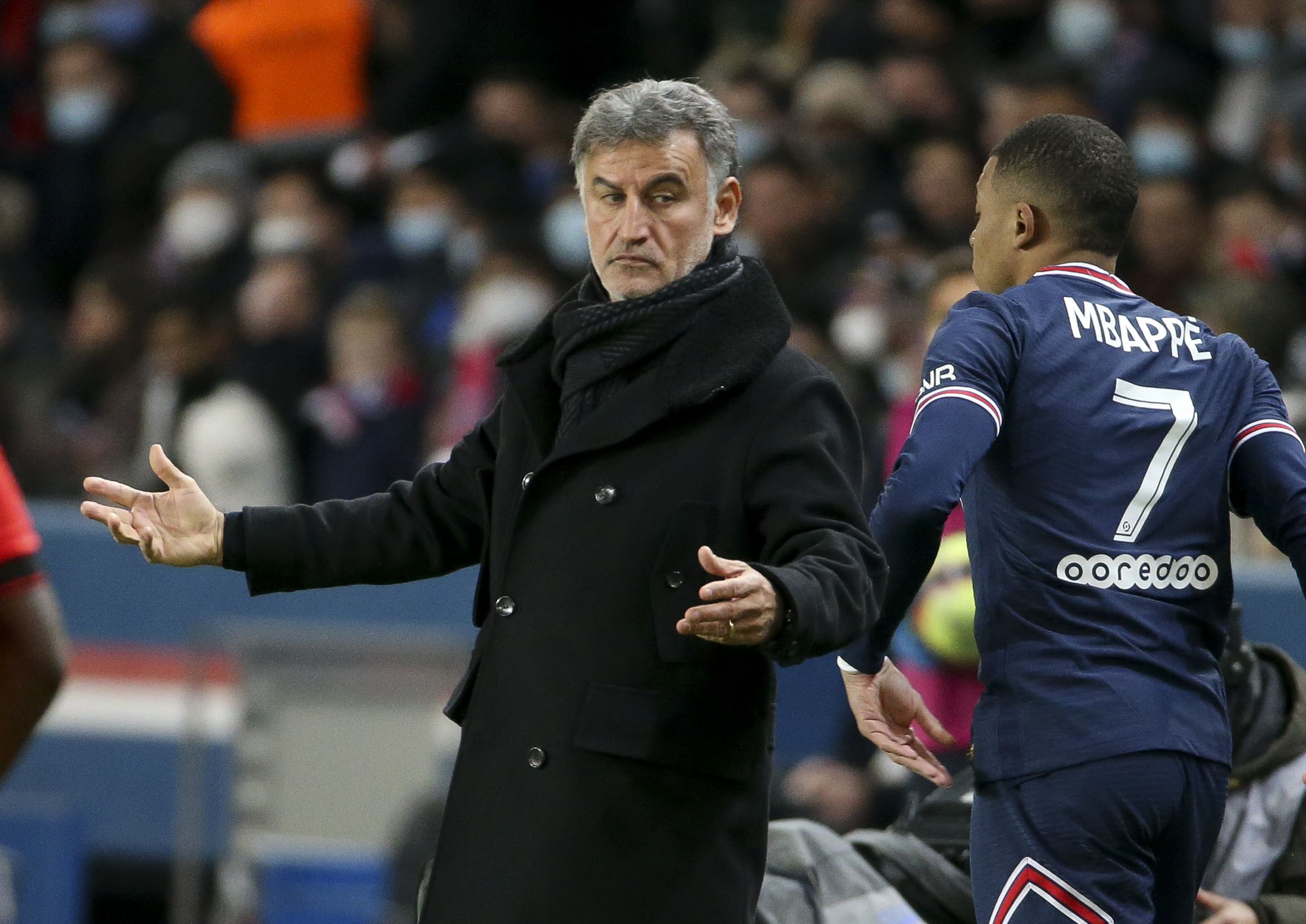 It will be the first time that Galtier will train players of such a high level.Getty

“You respect the coach who has proven himself at the highest level much more. To be able to gain respect and say things to Messi, Neymar or [Kylian] Mbappé, you have to have won things.

The figure in the background under the reign of Galtier will undoubtedly be that of Zinedine Zidane, who has been approached by PSG, and who is the winner that Anelka wants.

Even putting names such as Pep Guardiola, Jose Mourinho and Jurgen Klopp into the mix, Zidane’s ability to handle stars is arguably unparalleled when it comes to qualifying for the job at PSG.

Arrived at Real Madrid with no history of management and with Cristiano Ronaldo and Sergio Ramos, he won three consecutive European Cups, which PSG can only dream of. 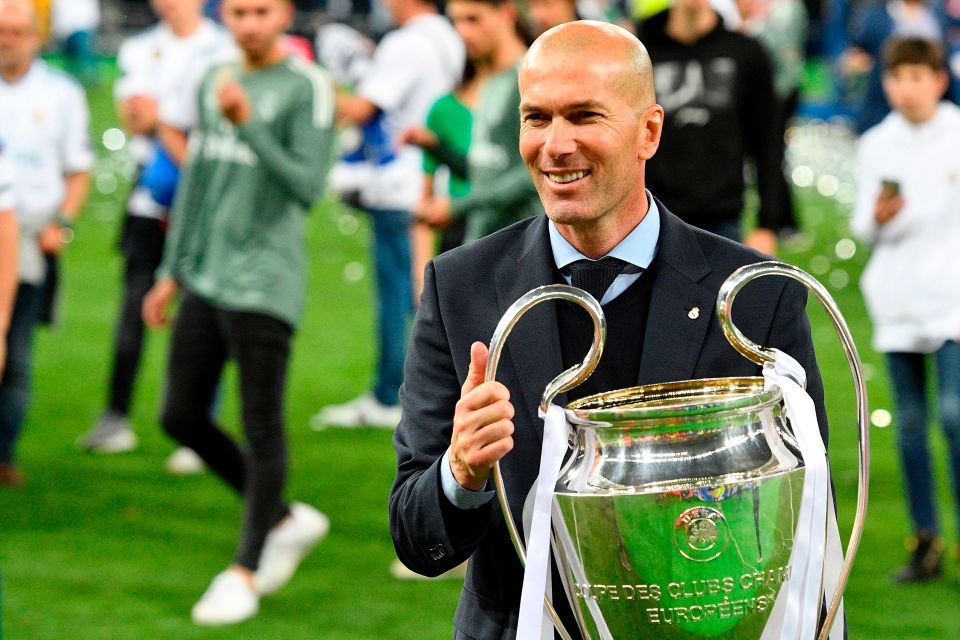 Zidane has everything PSG need, ability to coach stars and Champions League successAFP

An ego isn’t everything though, as his former superior to Pompey, Perrin, explains.

“Christophe is a chameleon,” he said. “He manages to take the temperature of the place and to adapt very quickly.

“He is by nature not to want to impose a law or a philosophy. He is a man of philosophy. He understands things, he accepts the contexts in which we have to work. 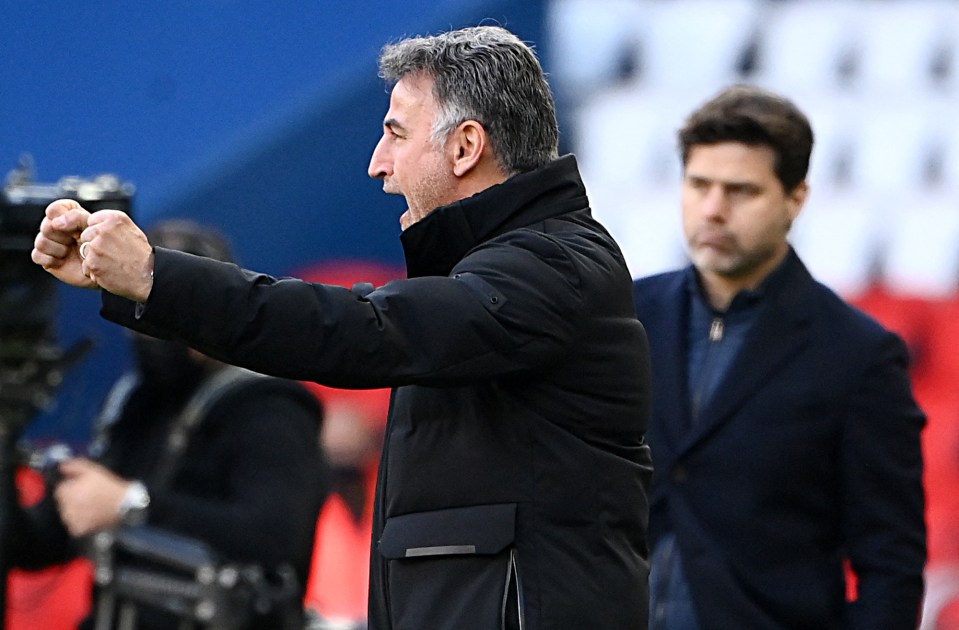 Galtier helped get Poch fired and now gets his jobAFP

“The problem with the PSG coach is that he generally lacks support from his superiors,” he said. “You have to be able to put names on the bench.

“Even Zizou would have this concern. It must be supported by the hierarchy. South Americans often go home two or three days later than other players during Christmas parties. Normally you have to punish them.

“You have to manage to hold this locker room and put a few players on the bench when they are not at the level of their notoriety or their salary. Christophe will have the same problems as the other PSG coaches.

The key there, however, may be ‘support from their superiors’, with PSG making the cunning and potentially crucial decision to bring in highly respected sporting director Luis Campos. 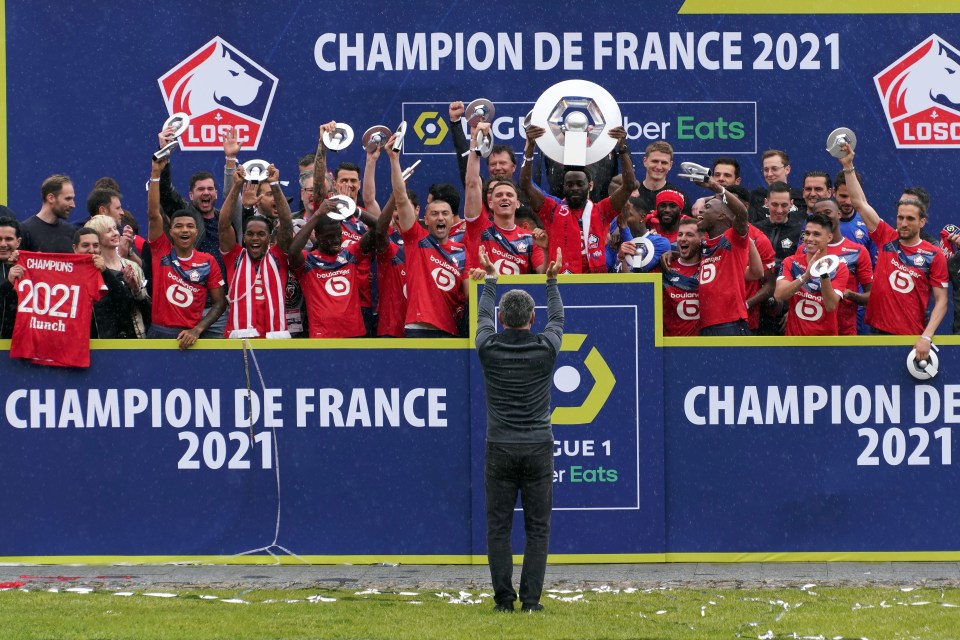 Galtier and Campos made history in Lille, can they do it again in Paris?Getty

Campos twice orchestrated the nearly impossible task of overthrowing PSG in Monaco and Lille, which he did alongside Galtier, potentially providing full support for a first-time PSG manager.

Whether that’s enough to finally break the jinx in Europe is anyone’s guess.

Deals of the day

New customers only. Minimum deposit of £10 • A qualifying bet is a “real money” wager of at least £10 • Minimum odds of 1/2 (1.5) • Free bets are credited upon settlement of the qualifying bet and expire after 7 days • Free bet stakes are not included in returns • Casino bonus must be claimed within 7 days • To withdraw bonus/associated winnings, wager x40 bonus amount within 14 days • Casino bonus expires after 60 days • Withdrawal restrictions and full terms and conditions apply 18+ begambleaware.org

Orlando Sentinel – We are currently unavailable in your region – JibGlobe