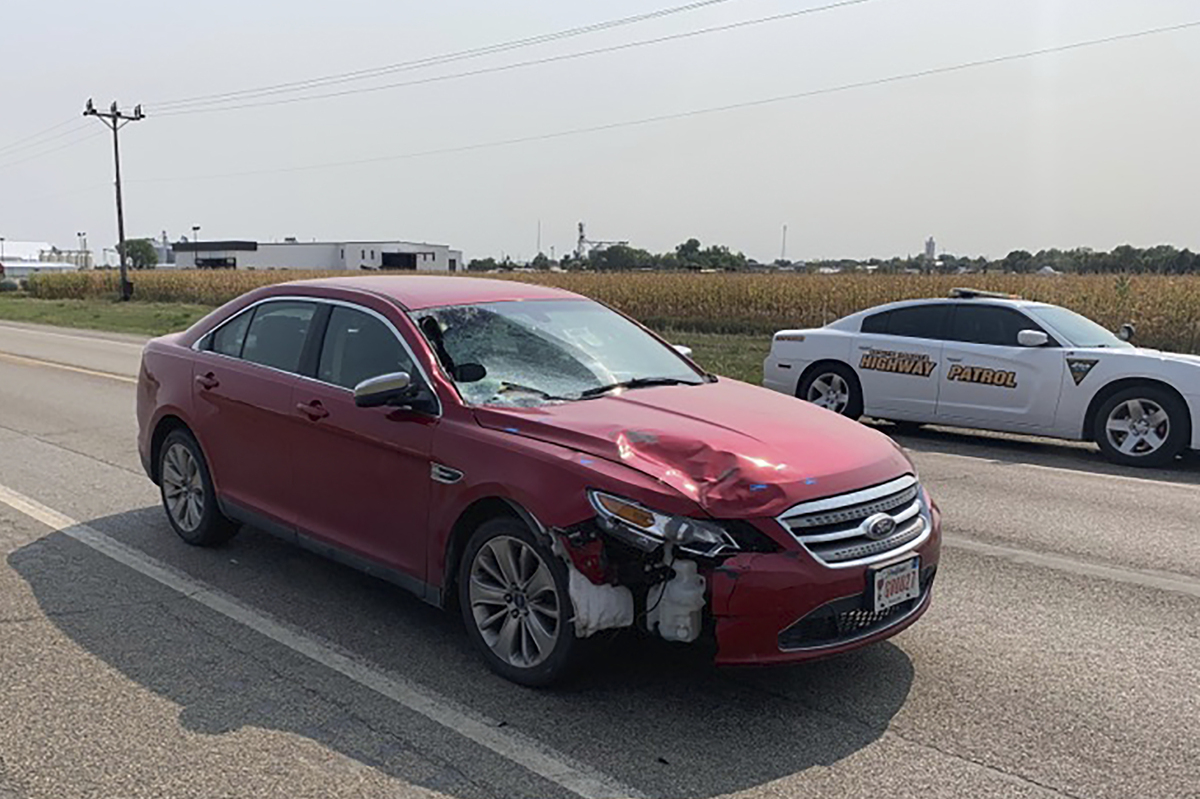 After the September 2020 accident, questions arose about Ravnsborg’s conduct, including a statement that he did not immediately know he had hit a person rather than a deer. A police investigation showed Boever was walking on the shoulder of a highway when Ravnsborg hit him.

Throughout police questioning, Ravnsborg maintained that he did not know what he had hit until Boever’s body was found the next morning. But investigators told Ravnsborg that Boever’s face popped through his windshield. Boever’s glasses were found in Ravnsborg’s car.

“Again, why would a man walk down the road?” Ravnsborg asked North Dakota investigators in September 2020, “I believe I’m on the road and – wam. My life is changing.”

A reconstruction of the crash revealed that Ravnsborg had all four tires on the shoulder of the road when it hit Boever.

Investigators told Ravnsborg that Boever’s body ended up just a few feet from the side of the road. A flashlight Boever carried was still on, even when investigators later found it, they said. Ravnsborg repeatedly said he never saw the body that night. 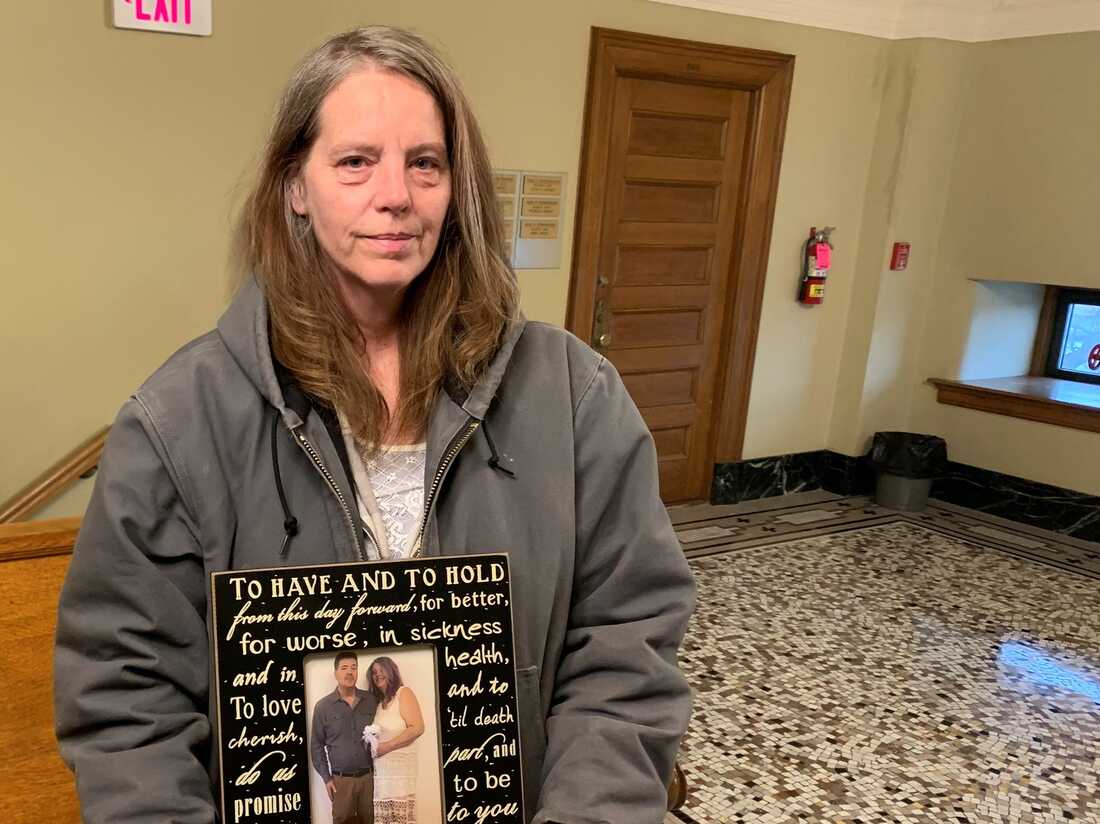 Jenny Boever, the widow of Joe Boever, stands in the South Dakota State Capitol on April 12, 2022 holding a photo taken on their wedding day. She was on Capitol Hill for Attorney General Jason Ravnsborg’s impeachment proceedings. 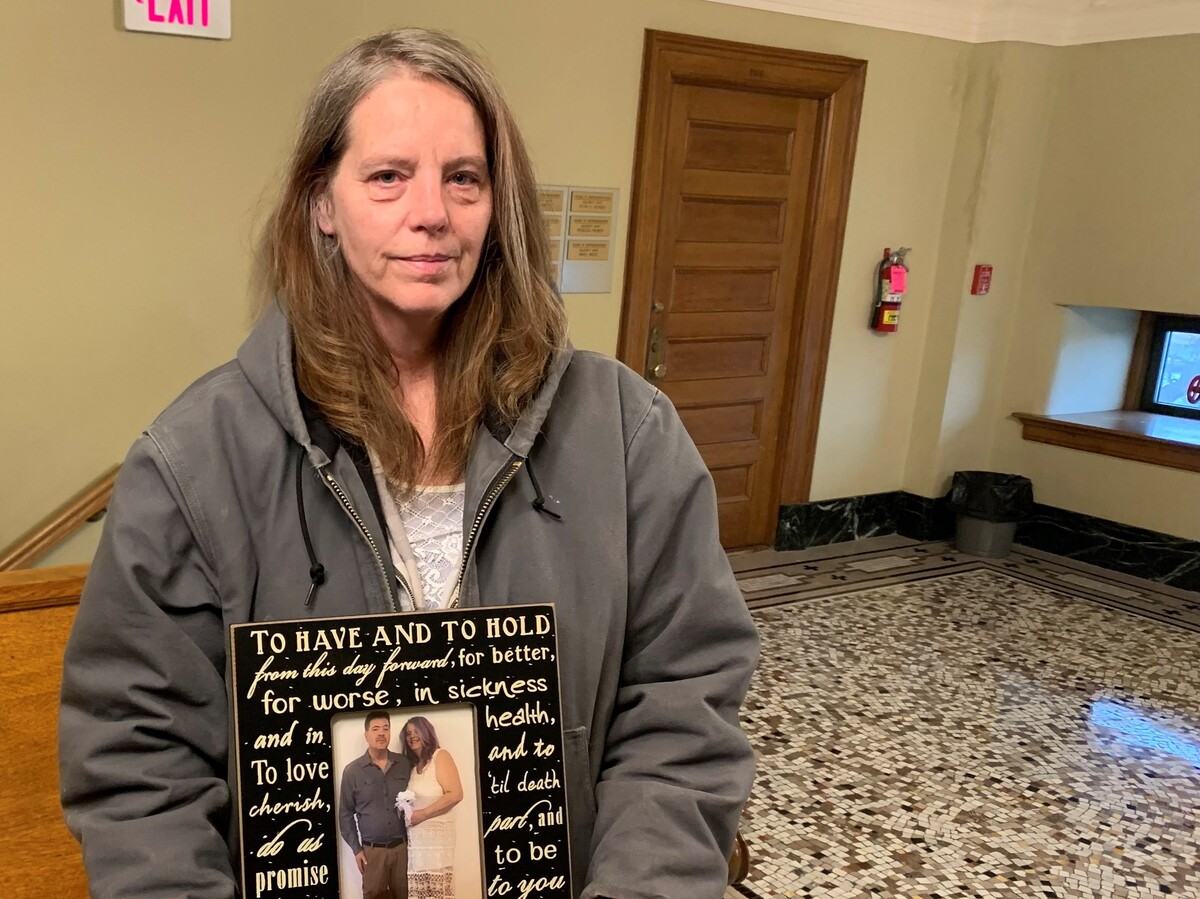 Jenny Boever, the widow of Joe Boever, stands in the South Dakota State Capitol on April 12, 2022 holding a photo taken on their wedding day. She was on Capitol Hill for Attorney General Jason Ravnsborg’s impeachment proceedings.

Ravnsborg also denied being distracted by his smartphone. But investigators showed him data indicating he was on his phone watching news articles and blog posts until about a minute before the crash.

“So when we look at this, our concern is that everything we see here looks like you were on your phone reading political stuff at the time,” an investigator said during questioning.

Two days after the crash, Ravnsborg held an impromptu meeting with the South Dakota Division of Criminal Investigations and a digital forensics expert about what kind of information could be retrieved from cellphones.

That expert, Brent Gromer, who has since retired from the South Dakota DCI, said he was not comfortable with the meeting.

After the meeting, Gromer took notes of the meeting and passed them on to his supervisors. This meeting informed some of the basis for the second article of malpractice impeachment.

Ravnsborg was charged with three misdemeanors for the accident. He pleaded uncontested to two of them in a criminal case arising from the accident.

Attorney General Ravnsborg is the first statewide official to be impeached, removed from office, and barred from future office in the state.

The votes took place at the end of the first day of Ravnsborg’s impeachment trial at Peter’s Capitol. Ravnsborg attended the proceedings but chose not to testify before the Senate.

The state House of Representatives impeached Ravnsborg earlier this year with two separate articles, leading to the Senate trial. The Republican-controlled state Senate voted 24-9 in favor of the first article of impeachment, relating to the crimes that led to Joe Boever’s death. Senators voted 31 to 2 in favor of the second article, which concerned embezzlement in office.

Republican Senator Tim Johns voted against both articles of impeachment. He said the results don’t set a good precedent.

“I think if you don’t like the work they do, you cut them off,” Johns said. “You don’t use impeachment. I think it’s supposed to happen for very egregious events. None of those – yes, a man died. That’s the tragedy. That’s not a reason enough to impeach.”

Ravnsborg declined to comment to the press on Tuesday.

Jenny Boever, the widow of Joe Boever, also did not comment.

Victor Nemec is a cousin of Joe Boever. He said he was happy with the result and happy it was over.

“With me, there’s really no closure because my cousin is always gone,” Nemec said. “But I’m glad we enjoyed it and kind of gives me some hope for our condition.”

Vargo hopes the Senate vote means politicians can no longer use their position to curry favor with law enforcement.

“I hope that means some of the ‘do you know-who-I-am? “I’m the attorney general, using your position will be chilled,” Vargo said. “My first boss made it very clear to me that if you were ever arrested and the law enforcement officer saw your badge, you were fired. It was just obvious.”

Republican Senator Jim Bolin voted for removal and disqualification. He hopes the Senate vote means no one is above the law.

“I think more than anything else, that means we have very high standards for elected officials and everyone is under the same rules,” Bolin said.

Governor Kristi Noem is to appoint a replacement attorney general to serve until January. The Republican Party is holding its convention this weekend, where it will choose a new candidate for the November election.