“[Ukraine] is grateful to the Hollywood stars who, despite the danger, visited us. @SeanPenn, @LievSchreiber, Angelina Jolie, @BenStiller you are more than just an inspiration to us all,” read one tweet from the country. “Millions around the world have heard the truth about the struggle of [Ukrainian] people.”

The 56-year-old actor visited the occupied settlements of Kyiv and spoke with survivors of the occupied Irpin area.

“It’s one thing to see this destruction on TV or on social media. It’s another thing to see it all with your own eyes. It’s much more shocking,” Stiller said.

“What you saw in Irpin is truly appalling. But it is even worse to imagine what is happening in the settlements which are still under temporary occupation in the east“, replied Zelensky.

Stiller posted about his visit on social media.

“It was an honor to meet President @ZelenskyyUa on #WorldRefugeeDay as part of my visit with UNHCR @Refugees to stand in solidarity with people forced to flee to Ukraine and around the world, and bring more attention to the humanitarian situation,” Stiller tweeted. 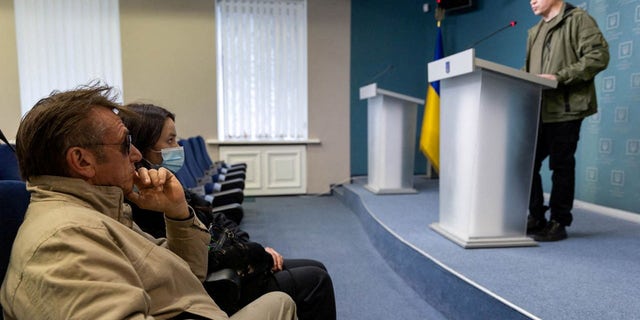 Actor and director Sean Penn attends a press briefing at the presidential office in Kyiv, Ukraine on February 24, 2022.
(Reuters)

Stiller isn’t the only celebrity to shed light on the ongoing war between Ukraine and Russia.

Sean Penn was in Ukraine at the start of the conflict to film a documentary about Zelenskyy and the military forces involved. He has since returned to California.

“We met [Zelenskyy], a man in a suit, and the next morning the Russians invaded. We are back. We were with President Zelensky and waited for him at a meeting point. And the next time I saw him he was in camouflage and the world had changed,” Penn previously told Fox News host Bret Baier. 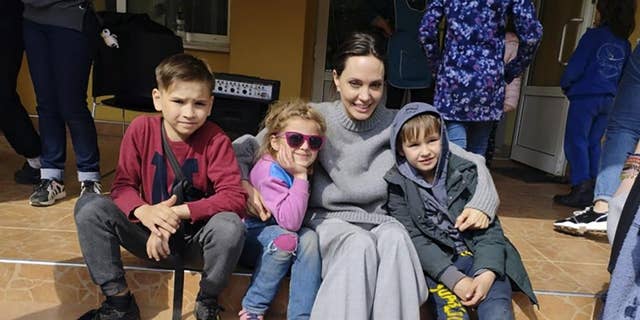 Angelina Jolie visited the Ukrainian city of Lviv in April. She spoke to children and other displaced people after the Kramatorsk railway station missile attack.

Lauryn Overhultz is an entertainment writer for Fox News Digital.