Aidy Bryant was a staple of ‘Saturday Night Live’ for 10 seasons, but now it’s time to say goodbye and the comedian explains why.

Bryant, 35, joined the cast of the late-night sketch series for season 37 in 2012 and ended its run a decade later after season 47.

The “Shrill” star told Variety in a new profile that she wanted to leave the NBC show early, however, the coronavirus ruined her plans.

“If it hadn’t been for COVID, I probably would have left a few years earlier,” she said. “But it was a huge change.”

“When COVID happened, it was so shocking that we were all like, ‘I’m definitely going to come back next year. And then I had to shoot ‘Shrill’ for half of last season, so I missed a lot,” she continued.

Bryant noted that she felt 10 years seemed like enough time on the show. “And then it was like, ‘Well, now I should go back one more.’ I kept trying to look for a normal last year. This year wasn’t the normal year I was hoping for, but it was closer to that. It was like, ‘OK, it’s really time now .’ And 10 looked like a nice solid round number,” she said.

The ‘I Feel Pretty’ star struggled to work on ‘SNL’ and her Hulu series ‘Shrill’ at the same time.Getty Images

“Shrill” aired for three seasons on Hulu beginning in 2016, and Bryant wrote and starred in the comedy series.

She explained that working on the streaming show while doing “SNL” at the same time cost her dearly.

“In those years, it wasn’t uncommon for me to work 12 hour days on ‘Shrill’ and continue to work all day on ‘SNL’ – and all night!” she reminded herself. 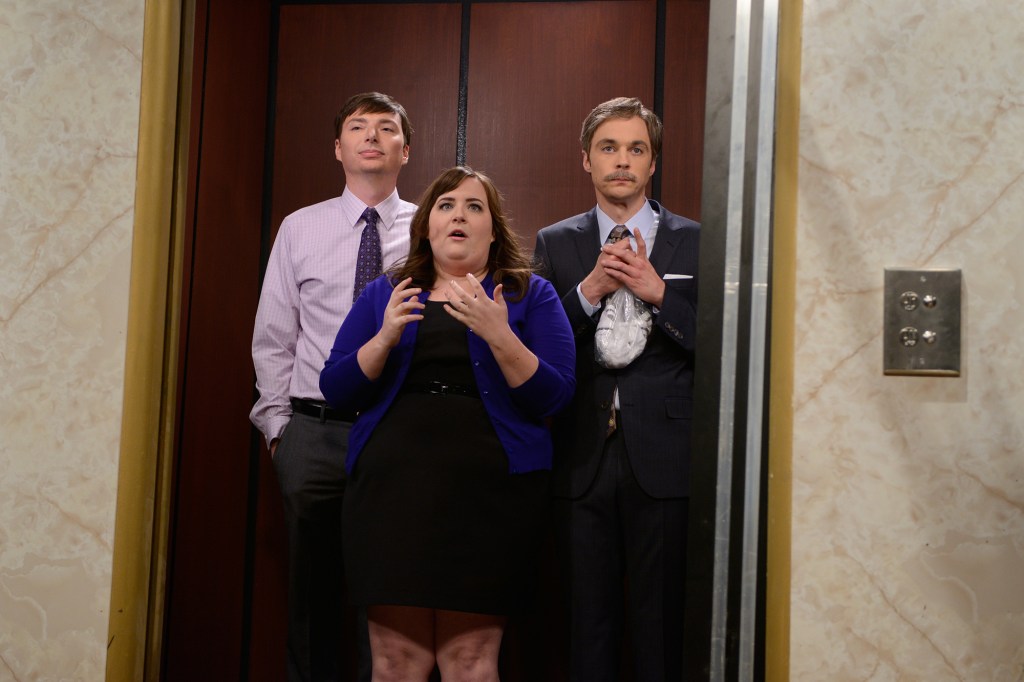 The Arizona native also recalled how she told “SNL” boss Lorne Michaels of her departure. “Maybe in March or April I went to his office and was like, ‘I need to talk to you.’ I was scared because I feel close to him and so grateful to him.

She continued, “I didn’t want it to feel like I was leaving angry. I leave with so much love. He was like, “I get it, and that makes sense to you.”