Palestinian artists paint a mural in honor of veteran Al Jazeera journalist Shireen Abu Akleh, killed in Gaza City, after she was killed on May 11. A new UN report says Israeli forces fired the shots that killed Abu Akleh and injured a colleague. 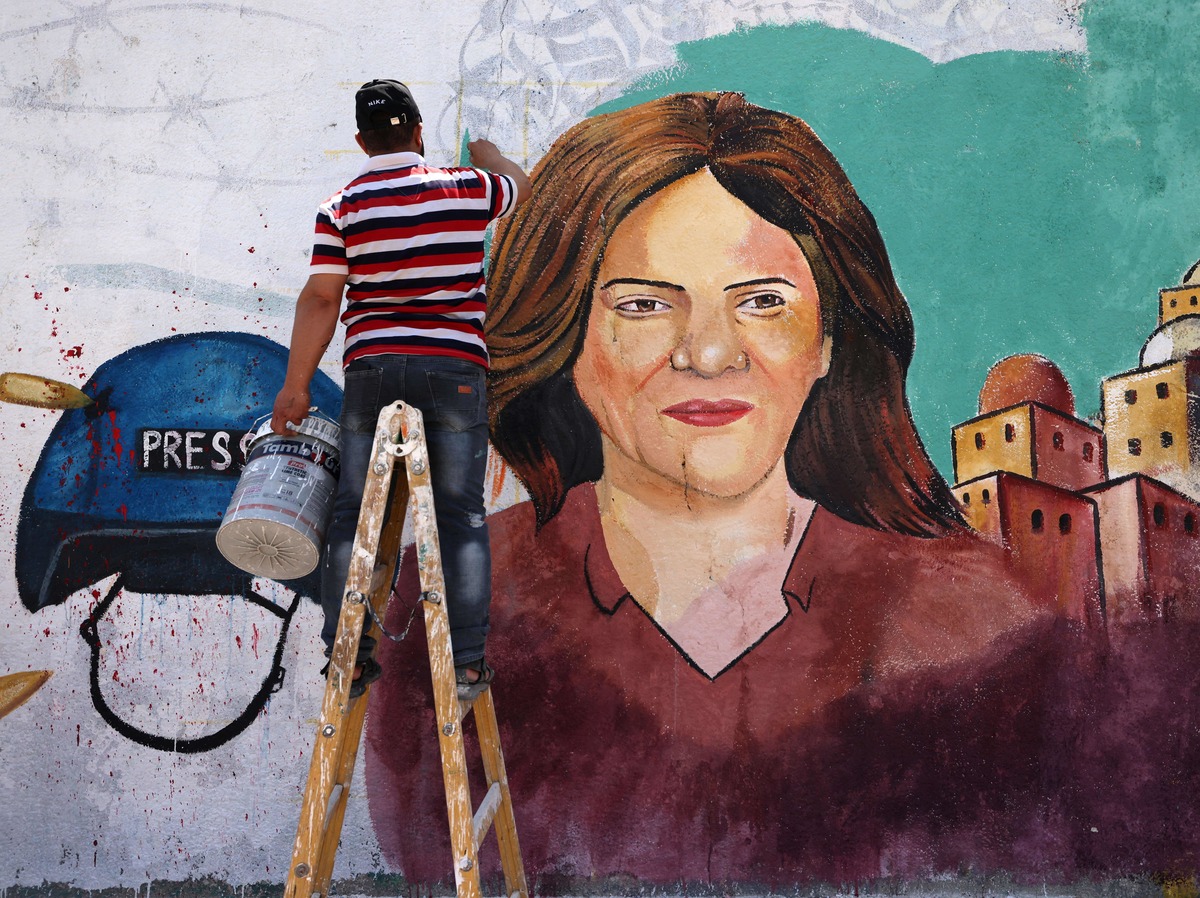 Palestinian artists paint a mural in honor of veteran Al Jazeera journalist Shireen Abu Akleh, killed in Gaza City, after she was killed on May 11. A new UN report says Israeli forces fired the shots that killed Abu Akleh and injured a colleague.

The UN human rights office said its review of the murder of Al Jazeera journalist Shireen Abu Akleh while covering an Israeli army operation last month shows that the gunfire who killed her and injured her colleague were from Israeli forces – not Palestinians, despite Israel’s claim that it is unclear which side killed her.

“We found no information to suggest that there was any activity by armed Palestinians in the immediate vicinity of the journalists,” said UN human rights office spokeswoman Ravina. Shamdasani, in a statement released Friday.

The office says it made its decision after gathering information from the Israeli army and the Palestinian attorney general. Its staff also visited the scene where Abu Akleh was shot, interviewed witnesses and experts, and analyzed videos and other recordings.

The journalist was covering an Israeli raid

Abu Akleh, a 51-year-old Palestinian-American, was killed May 11 while covering an early morning military raid on the Jenin refugee camp in the occupied West Bank. She was shot in the head while wearing a helmet and vest indicating her as a press.

At first, the IDF and Prime Minister Naftali Bennett said Abu Akleh was likely killed by armed Palestinians firing indiscriminately – a story that was quickly challenged by witnesses and by B’Tseleman Israeli human rights observer.

After his first statements, Israel admitted that it was possible that one of its soldiers had fired, and it investigated the murder. But Israel also rejected the findings of outside investigations that blamed its military, saying they were biased.

On the day of his death, Abu Akleh was among a group of seven journalists who showed up at the western entrance to the Jenin refugee camp shortly after 6 a.m. local time, according to the UN report. They were trying to cover up an Israeli arrest operation in the camp.

The reporters approached from a side street, later saying the route avoided armed Palestinians and “would also make their presence visible to Israeli forces deployed in the street”, the UN report said.

Here’s how the rights office describes the shooting:

“Around 6:30 a.m., as four of the journalists were turning down the street leading to the camp, wearing bullet-proof helmets and bullet-proof vests with ‘PRESS’ written on them, several single bullets, apparently well aimed, were fired at them from Israeli security leadership. A single bullet wounded Ali Sammoudi in the shoulder, another hit Abu Akleh in the head and killed her instantly. Several more bullets were fired as an unarmed man was trying to approach Abu Akleh’s body and another uninjured journalist was taking cover behind a tree.Shots continued to be fired as this individual eventually managed to carry away Abu Akleh’s body. “

Israel has called on the Palestinians to conduct a joint investigation into the shooting. But Abu Akleh’s family says it would be like relying on a suspect to investigate his own case, and they want the United States to investigate, as NPR’s Daniel Estrin reported last week.

State Department spokesman Ned Price dismissed the idea of ​​a US investigation, saying Israel has the “means” to conduct an investigation that “will lead to accountability.”

Syracuse is hiring: City will hold a job fair to fill more than 40 openings