Carl Pei thinks there’s something wrong with the smartphone industry. That’s not to say the handsets on sale today are bad. Across the board, modern mobiles are faster, more sophisticated and take better photos than previous generations. But like a growing number of tech enthusiasts, Pei has started feeling like new phones just aren’t as special as the devices that came out five or 10 years ago. So ahead of the launch of the Phone 1 on July 12th, I sat down with the founder and CEO of Nothing to learn how the mobile startup is trying to bring some innovation, quirkiness, and maybe even a bit of fun back to the smartphone market.

Now there’s a very logical explanation for why recent phones don’t possess the same kind of wow factor. Back when the iPhone made its debut, it felt like a revelation. “I used to watch all the launches. I was in Sweden, so I stayed up until midnight or 4AM to see what was coming out,” said Pei. But in recent years, that excitement has waned, with Pei often skipping big keynotes and relying on condensed recaps to stay informed. And it’s not just Pei that feels this way. 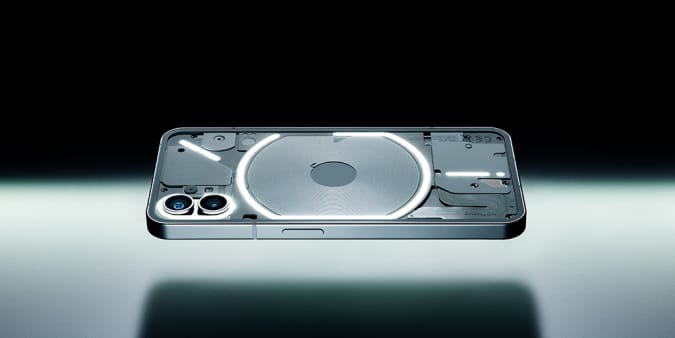 “When I talk to consumers, they are also quite indifferent,” says Pei. “When doing focus groups, some consumers said they believe smartphone brands are holding features back intentionally just so they have something to launch for the next iteration, which is not the truth. But if consumers feel that way, it’s a sign that they’re kind of bored.”

The big issue for Pei is one of stagnation. With major players like LG and HTC having exited the market or becoming irrelevant, the smartphone industry is dominated by a handful of huge corporations like Apple, Samsung, and Google. “You have a few big companies and the way they work is more structured and systematic,” said Pei. “They have technology roadmaps from partners like Qualcomm, Sony or Samsung Display, so they know what’s coming. They do a lot of consumer research, they get their feedback and they look at their competitors and the overall market landscape.”

However, Pei feels that approach leads to a lot of sameness. “So they have this information, they analyze it, and then they create a very rational product that is going to do well on paper because they used all this great data,” said Pei. “But the problem is everybody’s using the same data and everybody’s using the same analysis. So if the input is the same and the method is the same, the output is more or less the same as well.” 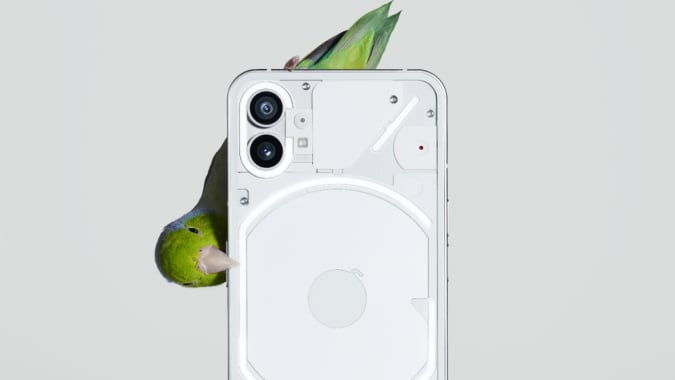 That’s one thing Pei is trying to change with Nothing’s upcoming handset, the Phone 1. Instead of trying to reinvent the wheel – or in this case, the phone – Pei wants to bring some originality back to mobile tech design. “Maybe we can turn down the brain a little bit and turn up the intuition,” said Pei, which is a mantra that has resulted in some of the Phone 1’s more unique features including its design, embedded lighting and glyph interface.

Pei says the inspiration behind the Phone 1’s design comes from a concept the team describes as “raw technology meets human warmth,” or technical warmth for short. “It’s got this machine-like nature to it, but also has quirky and very human elements as well.” That’s why instead of hiding the inside of the device behind an opaque back, like you see on so many other phones, Nothing uses transparent glass that exposes components like the Phone 1’s wireless charging coil, heat pipes, and more. In a lot of ways, it feels like a modern industrialist take on the Game Boys and iMacs with see-through plastic shells we got in the 90s and early 2000s.

“I think one thing we’re trying to accomplish is to bring people back in time to when they felt more optimistic about gadgets,” said Pei. This desire to make tech fun again is actually something Nothing carried throughout its entire design process, right down to Phone 1’s codename Arceus, which is a reference to the legendary Pokemon of the same name. (For the record, Pei says his favorite ‘Mon is Squirtle.) There are other quirks too, like the heat pipe at the bottom of the phone that looks like an elephant and the red indicator light in back that lets people know when a video is being recorded. 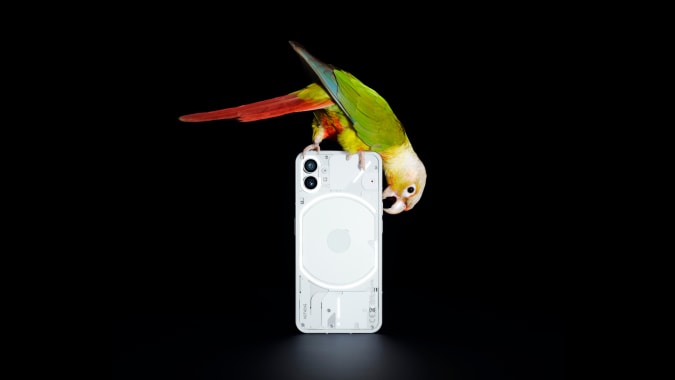 See if you can spot the elephant hidden in the Phone 1’s design.

However, while Pei wants to bring fun back to gadgets, Nothing always falls back on the core design principle of form following function. Pei said “We don’t do ornaments. We can design different things and unique things, but they always have to be functional.” The best example of this is the Phone 1’s glyph interface, which uses 900 LEDs arranged across the back of the device to create a sophisticated notification system unlike anything out right now.

By allowing owners to assign unique combinations of lights and sounds to different contacts, the idea is that people will be able to see who is calling or texting without looking at the screen. Even the Phone 1’s ringtones evoke old-school analog synths combined with the noise of a dial-up modem, it’s both fresh and retro at the same time. On top of that, the lights glow when the phone is wireless or reverse wireless charging, while the small strip of LEDs next to the charging port can show how much juice the phone has – once again, without ever seeing the screen.

That said, having big ideas about phone design and actually making them a reality are very different things. Making phones is hard, and trying to break into the market as a startup is damn near impossible. If you look at the industry today, the only company that has really broken through in the last decade is OnePlus, which was co-founded by Pei and received significant backing as part of BBK Electronics’ tech umbrella. Meanwhile, the junkheap of failed smartphone startups is littered with ambitious companies like Essential (whose branding and IP are actually now owned by Nothing) that teased similarly big ideas, but went belly up before ever making a second-gen device. Or consider more mainstream companies like Motorola, who failed to make modular phones more than a novelty with its Z-series devices. And ever since, Moto has largely played it safe by shelling out endless rehashes of its G-series line. 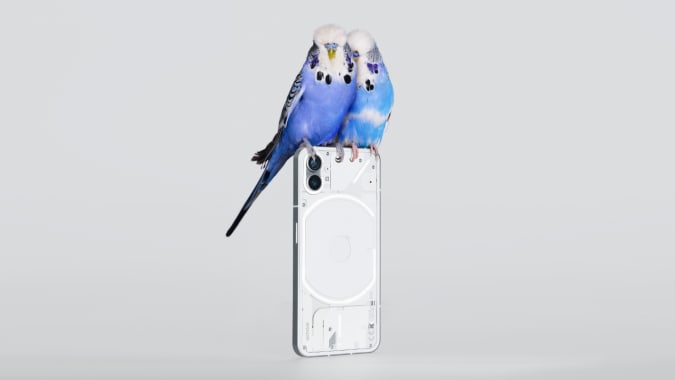 “The reason why this industry is very hard is because it requires end-to-end capability,” Pei said. “If you’re going to create a smartphone company, every single team has to be at least seven out of 10. And some of them have to be even better if your product is going to stand out in some way.”

“Your supply chain team has to be great. Your mechanical engineering, your software, engineering, your industrial design, your sales, your marketing, your customer support,” said Pei. And if we look back at the PH-1 which had an innovative design and a team with serious pedigree, in the end, a handful of issues like its high price and weak camera quality at launch ultimately spelled doom for Essential.

On the flipside, despite Pei claiming that Nothing has already sold more than 560,000 pairs of its Ear 1 buds, there are concerns about the Phone 1 being overhyped. Some commenters online have even compared Nothing’s community forums to a cult based on early reactions to what remains an unreleased device. But when it comes to hype, Pei feels like there’s only one road that leads to success.

“One is the path we currently are taking. We try and create the maximum interest for a product at launch. That sets really high expectations for the product to deliver. And if it does, things go really well. If it doesn’t, maybe it fizzles out.”

However, the challenge is that if a company tries to reign in the hype, the product may never take off regardless of quality. Pei said “In this path, we at least have a chance to try and deliver a great product. The second option is being a small company with no marketing budget is that no one will know about your device. So even if the product is good, the result is still that nobody cares. You don’t even have a chance to prove yourself. This is actually our only logical option.” 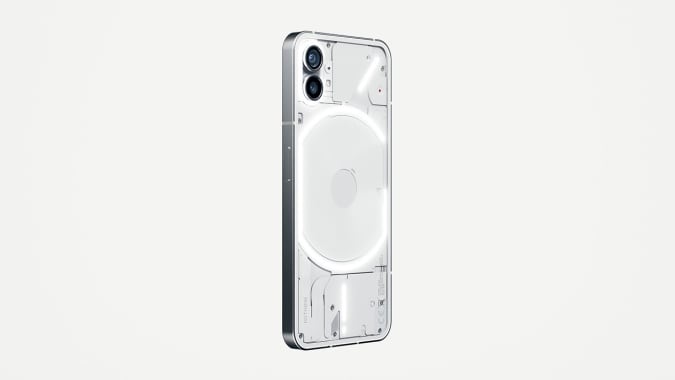 So while the design of the Phone 1 is quite unique and eye-catching, Pei preaches a pragmatic approach. Instead of taking a huge swing right out the gate, Pei is looking to gradually grow Nothing’s business and ecosystem, starting with its first earbuds and soon, its first phone.

“We’re a fast follower. We didn’t invent smartphones. We didn’t invent Android, but we have experience in this market. We see ways in which we could do it better and some gaps in the market.” But Pei knows Nothing needs to take it one step at a time. “We need to gradually build to a position of strength. Then when you’re strong, you can go and do something really, really innovative, because you’ll have a business that’s stable enough to take a lot of shots.”

However, while the success (or failure) of the Phone 1 is still to be determined, I appreciate that not only is Pei challenging billion-dollar giants with a new smartphone startup, Nothing is also trying to shake things up in the process. “I think this device is the beginning of something different, but it’s also a gift to our industry,” said Pei. “We’re not saying this is a revolutionary product that’s going to change the entire industry overnight. But maybe it’s going to plant a germ in people’s minds.” In a sea of similar-looking glass bricks, Pei hopes the Phone 1 will encourage customers to ask for more creative devices while also sparking larger companies to take more risks. “Some of it will fail. But ultimately, the smartphone market is going to be much more dynamic and we’ll improve faster as an industry.”

All products recommended by Engadget are selected by our editorial team, independent of our parent company. Some of our stories include affiliate links. If you buy something through one of these links, we may earn an affiliate commission.

The Morning After: A remastered version of 1997’s ‘Blade Runner’ game finally arrives