The popular Recording Academy award “Grammy Award” has nominated Burna Boy’s album “African Giant” under the Best World Music Album category.
The 62nd Grammy award is slated to hold January 26th 2020, and our very own Burna Boy has been nominated, if he happens to win the award, then Burna Boy will be first Nigerian artiste winning the prestigious award.

The 19 tracks album by Burna Boy was released on the 26th July 2019 and less than six months since its release it has been noticed by the Recording Academy. That’s some iconic move right there.

See His Category Below 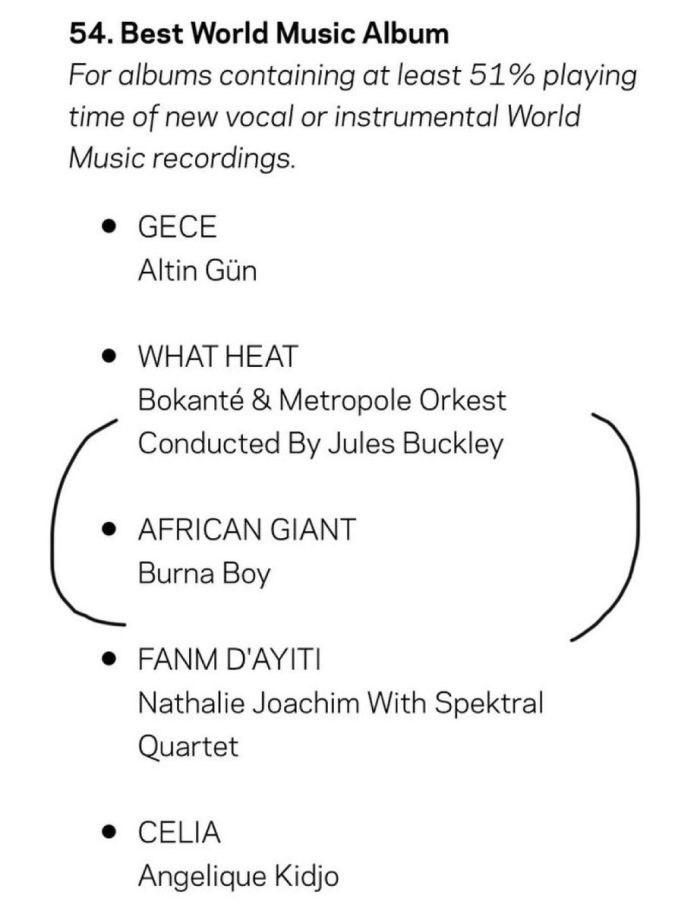