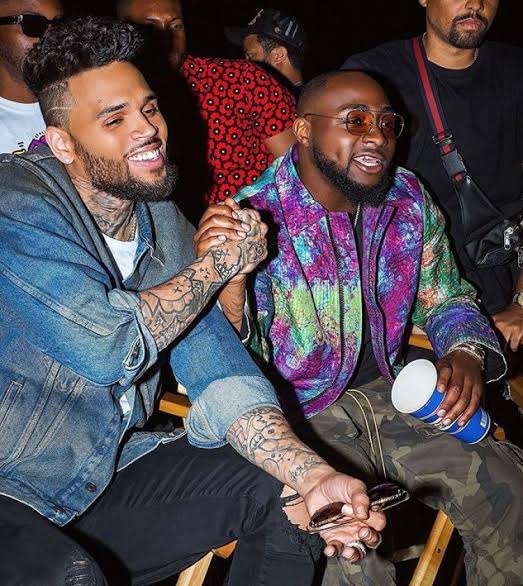 Davido and Chioma’s wedding will come with other surprises, and one the is that Chris Brown may show up among his groomsmen that day.

Davido hinted on twitter with a great extent of excitement that Chris Brown insistently requested to be on his train.

36ng reports that plans are already in top gear for Davido and Chioma’s wedding coming up in early 2020.

Read Davido’s tweet about Chris Brown being part of his groomsmen. 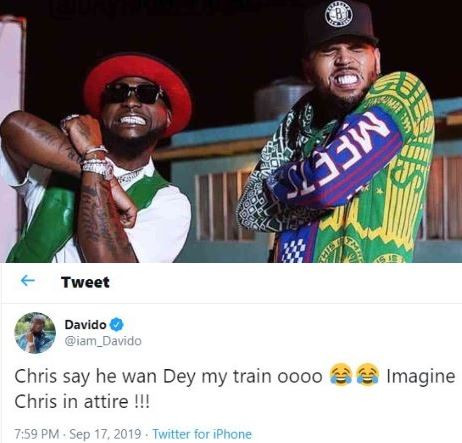 According to Davido, ‘Chris say he wan Dey my train oooo. Imagine Chris in attire’.