Zlatan’s Song, Legwork Is Bigger Than Headies 2019, Wizkid Agrees To Naira Marley’s Jab At The Headies

Naira Marley who made a mark at Wizkid’s Fest in London, has decided to take a jab at the organizers of the Headies Awards.

Naira who was visibly absent at the Awards show tweeted that one of Zlatan’s song, Legwork is Bigger than the whole Headies Awards.

This is coming after Rema won the Next Rated Award, a category that Zlatan was nominated.

This is coming after Rema won the Next Rated Award, a category that Zlatan was nominated for. “Legwork bigger than headies2019”, he wrote.

And here’s where it gets sweeter! Wizkid agreed with Naira Marley! 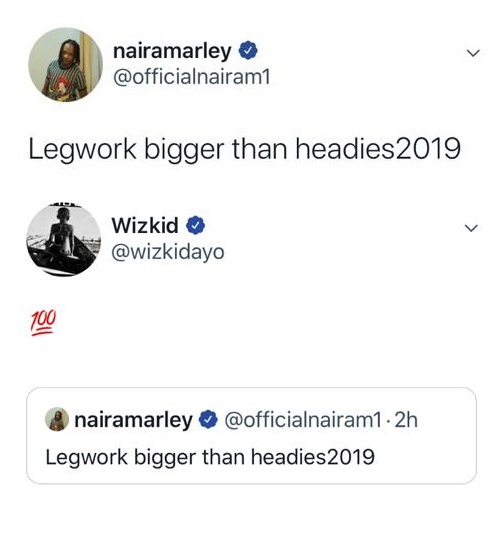